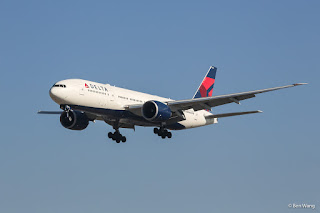 Flying on the Delta's Last 777-200LR Flights Over Labor Day weekend Saturday, I flew on Delta’s final scheduled Boeing 777 domestic flights (as of September).  In early 2020, Delta had just completed its 777 fleet cabin refurbishment .  As a result of the COVID-19 pandemic, in May, Delta made a dramatic decision to retire its entire 777 fleet by the end of October 2020 in order to preserve capital and have fleet commonality.
1 comment
Read more

My Farewell to the MAAd Dog 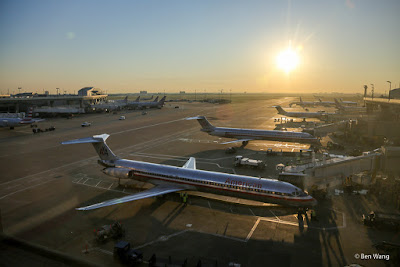 Super80Sendoff – My Final Flights on the American MD-80 September 4th, 2019 saw the final flights of American Airlines once ubiquitous MD-80.  Launched in 1981 by McDonnell Douglas in Long Beach as the DC-9-80 series, the company marketed it as the “Super 80 – the plane for the 1980s”.  When American Airlines picked up its initial 25 aircraft, they proudly utilized that “Super 80” moniker.
4 comments
Read more 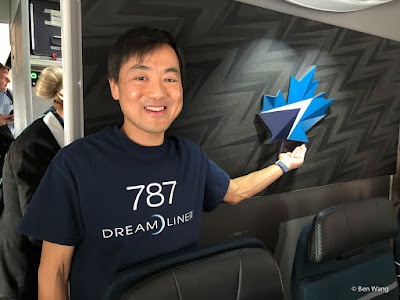 WestJet Inaugural 787 Dreamliner Flight In March 2019, I flew on WestJet’s inaugural Boeing 787 Dreamliner flight.   WestJet is the third airline in the U.S. and Canada to fly the Dreamliner.   I can proudly say that I have flown on the inaugural 787 flight on all three carriers!
Post a Comment
Read more 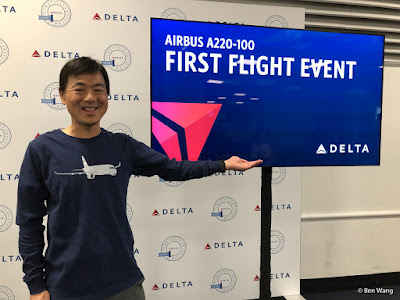 Delta Bombardier CS100 / Airbus A220 Inaugural In February 2019, I flew on Delta Air Line’s inaugural Airbus A220 flight.   Delta was the first airline in North America to fly the A220, formerly known as the Bombardier C Series.
Post a Comment
Read more 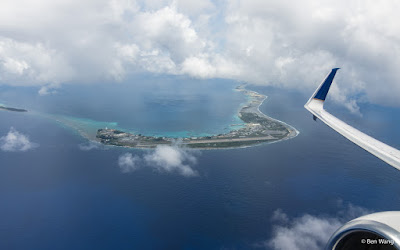 A Trip Through Micronesia Saving the best for last - this was my biggest aviation adventure of 2018: the United Island Hopper .
Post a Comment
Read more

From Fishery to Table 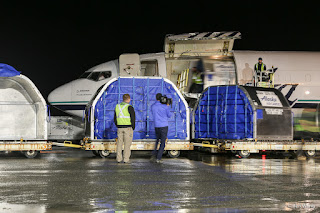 The Story of Copper River Salmon If you are a foodie, Memorial Day weekend this month marks the official start of the summer grilling season. For seafood lovers, the month of May also marks the opening of Alaska's famous Copper River Salmon fishing season.  Last year, I was given an unique opportunity to trace the salmon's journey from Cordova, Alaska to dining tables worldwide.  It was a journey made possible by Alaska Airlines Cargo.
Post a Comment
Read more 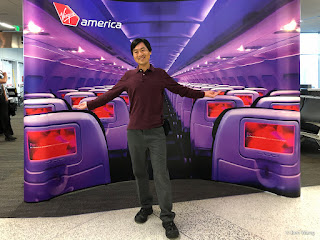 Riding the Train That Used to be Called “Skeena” 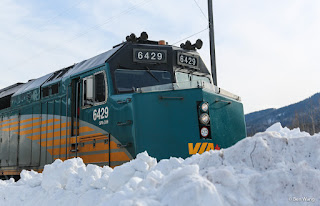 VIA Rail’s Jasper – Prince Rupert Train used to be a named train – The Skeena – after the river it runs alongside with for about 170 miles on its journey.  Now simply known by a boring name, it is nevertheless a specular ride: through the Rockies, along three different rivers, across dense forests, lumber mills, towns small and large, right down to individual outposts.  The westward journey ends at the Pacific Ocean at Prince Rupert, an important port in northwestern British Columbia.  More than a scenic ride, the Jasper – Prince Rupert Train is also a flag stop train that provides a crucial lifeline to those that live in the remote areas along the way. The 1160 km (721 mile) trip takes two days, making an overnight stop at Prince George, British Columbia, making it a day-time only train.  The train offers simple coach seating (“Economy Class”) and snack/bar service in the winter.  In the summer, on certain days, the train picks up a Panoramic Car as part of “Touri
Post a Comment
Read more
More posts